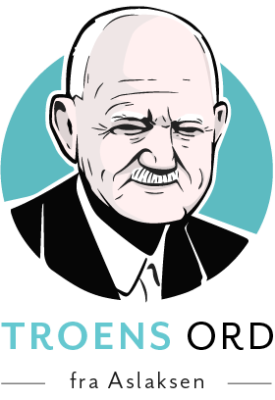 “Faith in the Word of Life is the greatest power that exists in the universe.” This quote from Elias Aslaksen sums up his life and teaching.

“Words of faith” is a Bible study resource centered on the written and spoken messages of Elias Aslaksen. His preaching adhered 100% to the Word of God and obedience to the faith. He believed in a life of victory over sin and full transformation into the image of Christ, just as the Bible speaks about in many places, and His faith was in an Almighty God who has all power in heaven and on earth to make this life fully possible for each one who believes.

It’s written about Paul that he was a teacher of the Gentiles in faith and truth, and this is the pattern that Elias Aslaksen’s teaching followed. First to believe that the Word is true and good in every way. Then, with a personal, living faith, to live according to it.

Through the spirit of faith shared in the messages and Bible studies on this website, faith for living such an overcoming life can be born and strengthened in every heart that is willing to fight the good fight of faith and lay hold on eternal life! 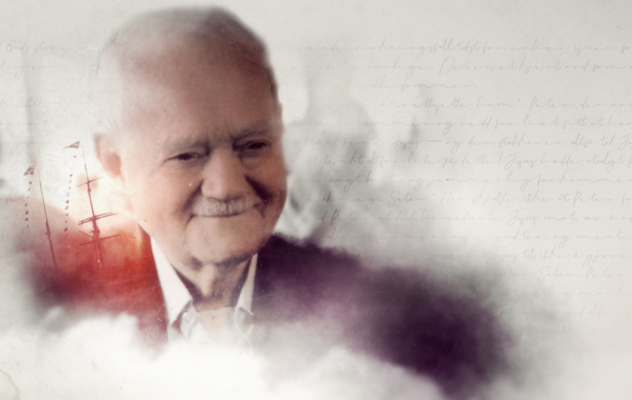 In Philippians 3:7-8 Paul wrote: “But what things were gain to me, these I have counted loss for Christ. Yet indeed I also count all things loss for the excellence of the knowledge of Christ Jesus my Lord, for whom I have suffered the loss of all things, and count them as rubbish, that I may gain Christ.”

These words have been echoed in Elias Aslaksen’s life. An exceptionally talented young man with an excellent education and a promising career as the top naval cadet the Norwegian navy had ever had, he gave it all up to pursue “the prize of the upward call of God in Christ Jesus.” (Philippians 3:14.) He gave his entire life for the furtherance of the gospel, both through the obedience of the faith in his personal life and through tirelessly preaching the word of faith in many places spanning the globe for many years.

Both his extensive catalogue of written messages and his preaching were based on 100% faithfulness to the Word of God. Perhaps this is what makes his messages so sharp and powerful even now, more than 40 years after his death. He did not beat around the bush to make a point, but he spoke the Word of God clearly and directly, as he experienced it in his own life.

He preached a gospel of an overcoming life of victory over sin. Faith was born in many hearts as a result of his ministry and teaching, but especially because of his life. He had such a living faith in God that when he spoke in that spirit of faith, it was almost impossible not to be strengthened. He had a special gift for speaking in such a way that his listeners were glued to their seats and when he spoke, the listener believed that an overcoming life of victory over sin was possible for them.

He was a warm and good-natured person, full of love and goodness. People were drawn to him like flies to honey, because of the atmosphere of life that was with him, but he always drew to the Head. He loved to sit and talk with young people about the Word of God, and when you got him started he could speak for an hour or two. He was faithful to the truth, but always in love. So he could exhort and encourage and always had something from God to give to bless with.

His teaching lives on in the messages he left behind, and many have been strengthened in their faith through his words. Our hope is that you too will be strengthened and encouraged to fight the good fight of faith through the contents of this website.

ActiveChristianity.org by Brunstad Christian Church explores how God’s Word challenges and empowers us to live 100% according to His will, so we no longer need to fall in sin, but can come to a life of victory.